A fabulous treasure awaits discovery in Sardinia. This treasure takes the form of two barrels, identical in appearance. One of those barrels contains riches beyond imagination. The other barrel is full of deadly flies – the Musca Macedda. Anyone opening the barrel full of flies brings about not only their own death, but the destruction of the world. This treasure may be found all over Sardinia, including near Alghero, Esterzili, Sorgono, the church of Valenza, and many other places. Nobody has dared open it.

The musca macedda’s name refers to the slaughter and massacre it brings about; it is also known as the musca manchèdda da mancu, i.e. of the left hand, for if the right hand is the hand of God, the left hand is that of the Devil. A musca macedda resembles a common fly but can be up to the size of a sheep. The one reported from Nuchis was as big as an ox’s head. A musca macedda has powerful wings, and in places where these flies are buried one can hear their infernal buzzing. The stinger is huge and deadly.

Only the local priest is spiritually strong enough to ward off a musca macedda. At Iglesias it was said that a holy man delivered the country from demonic flies that had already destroyed multiple towns such as Galte in Nuorese, Ilani near Orotelli, Oddini, and Thiddorai. The musca macedda at Nuchis tore the region apart before dying between the Church of San Cosimo and the Parish of the Holy Spirit, between two black boulders of volcanic rock.

Belief in the musca macedda appears to be an ancient one. It has been suggested that the flies arose with the Spanish invasion of Sardinia, since at least one tale says that they issued from the tomb of a Spanish saint. It is more likely that they are a personification of the diseases and epidemics that ravaged Sardinia at various points in its history. 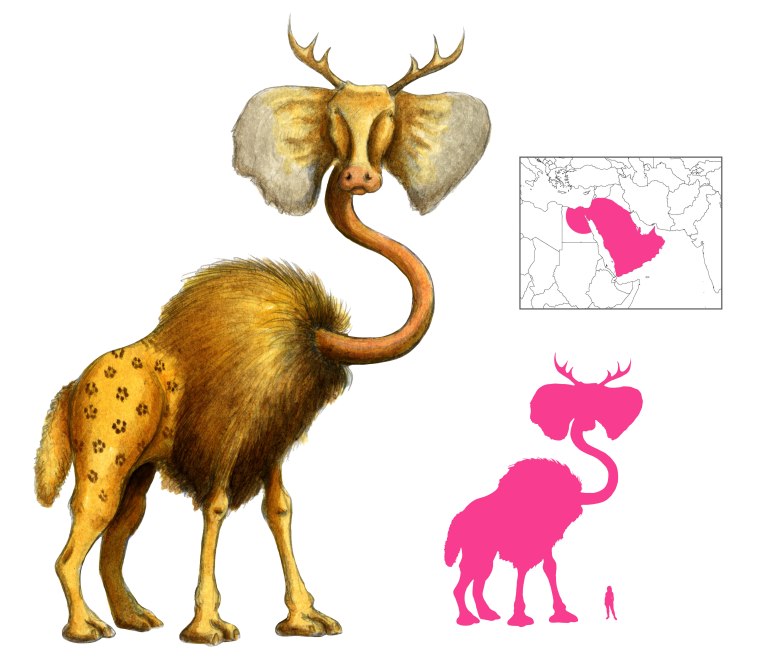 Among the cavalcade of creatures Anthony faces in the Temptation is Aksar, described as “the python Aksar, sixty cubits long, who terrified Moses”. Thompson, drawing heavily from Flaubert, uses the basilisk of the Temptation for the appearance of Aksar, describing him as seventy cubits long, violet-colored, with a three-lobed crest and a single tooth in each jaw. He repeats Moses’ fear of Aksar, making him “the avatar of God’s red justice flaming far” and “the visible embodiment of all that is horrible, the incarnation of a desolation not merely physical, but of the soul.”

Flaubert derived Aksar from Bochart’s Hierozoicon. The original Aksar is far stranger than Flaubert leads us to believe.

Aksar is a monster of the apocalypse from Arabian legend. He is sixty cubits (almost 30 meters) long, and has the head of an ox, the eyes of a pig, the ears of an elephant, the antlers of a stag, the neck of an ostrich, the forequarters of a lion, the hindquarters of a cat, the tail of a ram, the legs of a camel, and the color of a leopard. There is no mention of any python characteristics.

God dragged Aksar out from his lair and brought him before Moses, who was greatly alarmed and requested the beast be removed from his sight. At the end of days, it is said Aksar will fly out with Moses’ staff, using it to mark people’s faces as “believers” or “unbelievers”.

There are some who say there is more than one of these creatures. Those people are hopefully mistaken.