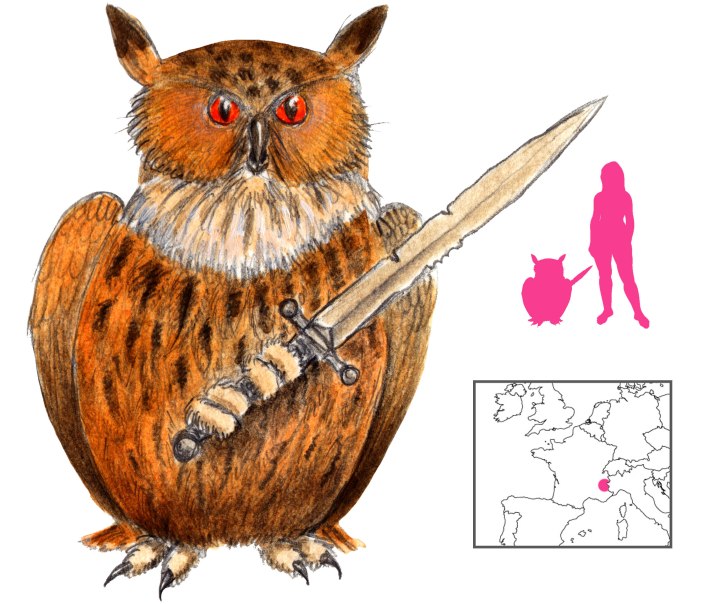 Eagle-owls are impressive animals. As the largest owls, they are top predators in their environments, even feeding on other birds of prey. Their size and eerie calls have ensured them a place in the folklore of many cultures.

It should then be unsurprising that the eagle-owl has been reinterpreted as a supernatural creature. The Duphon can be found in the Hautes-Alpes region of France, where it braids horse manes, pinches young women, and causes mischief and mayhem. The town of Serres preserves a duphon lair in the form of a stone door and ruined ramparts, known as the Trou du Duphon (“The Duphon’s Hole”). 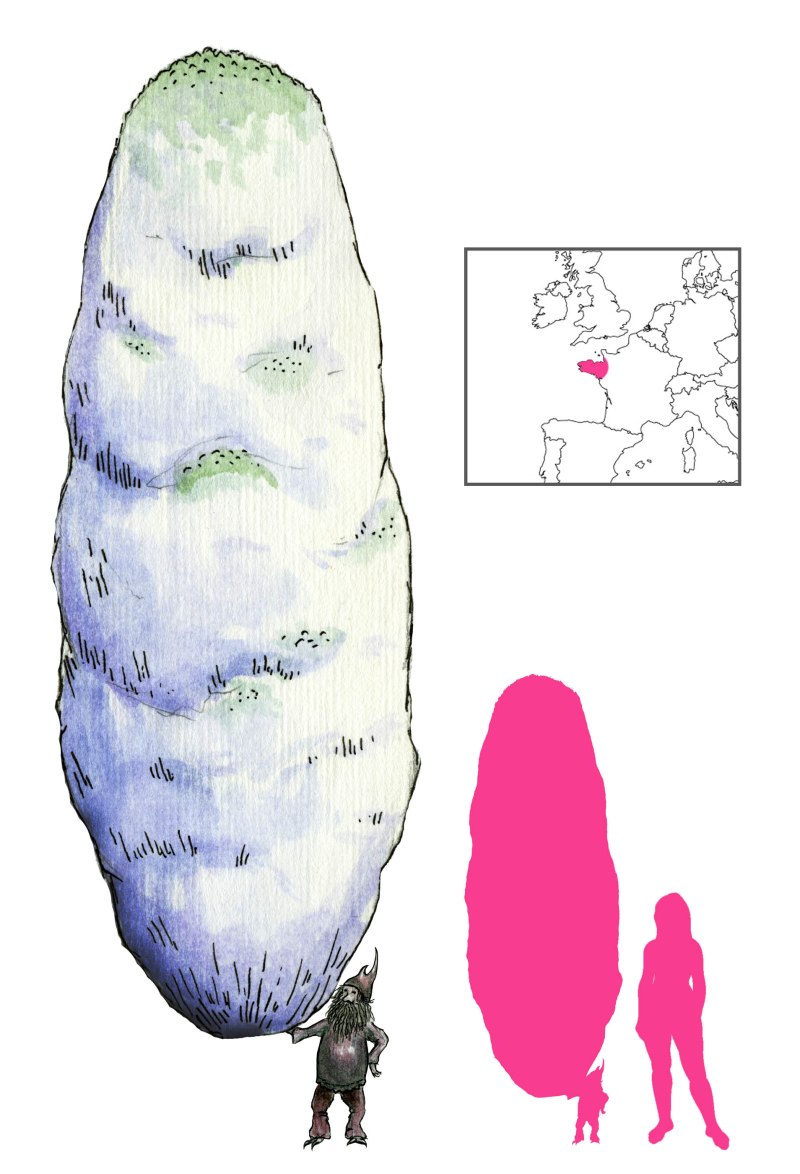 Jetins (from jeter, “to throw”) are tiny lutins native to the seaside caves of Brittany. Their appearance is uncertain; Dubois suggests they are hirsute and rough-looking, with silver shoes. Despite their size – ranging from thumb-sized to 1.5 feet tall – they are incredibly strong, capable of lifting and tossing huge boulders with ease.

Always looking for a chance to show off their strength, jetins amuse themselves by throwing rocks around, sometimes over great distances. Standing stones, menhirs, all manner of megaliths; such stones are discarded playthings of the jetins.

Rock-throwing was not the only pastime the jetins enjoyed. They were also fond of tying knots in horse tails and releasing livestock, and, like any good fairy, they often exchanged human babies for one of their own. The ugly, wrinkled changelings they leave behind are never weaned and never grow. Jetins can be convinced to return stolen children by carrying the changeling to a jetin hole and threatening to kill it. The human baby will quickly be returned and swapped with the impostor.

The jetins shared their territory with the even tinier Fions and the secretive Fées des Houles (“Fairies of the Sea Caves”). Due to their size and their reclusive natures, none of these have been observed in great detail, although the Fées have been benevolent towards humans. The Crions, perhaps the same as jetins, were tiny dwarfs who carried the stones of Carnac on their shoulders.

Elsewhere, the discobolous function of the jetins is fulfilled by Gargantua and other giants, whose size is more proportionate to their strength, and the fairies known as Fileuses (“Weavers”).