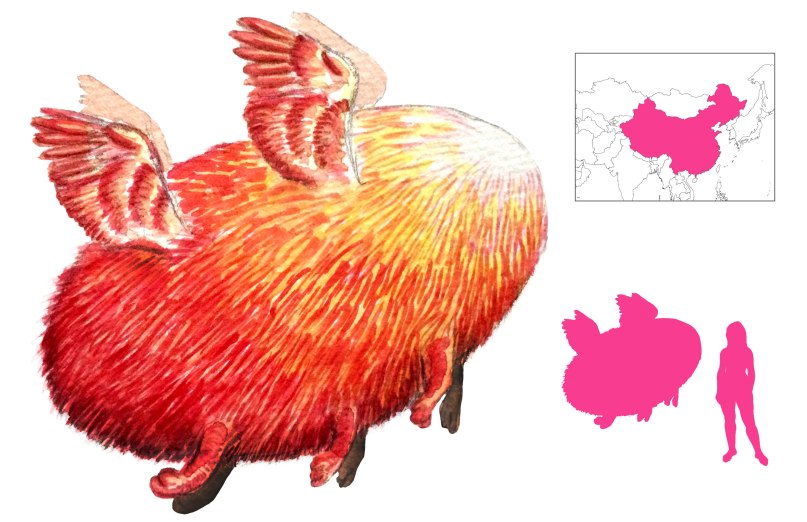 The divine bird known as Dijiang, the “Thearch Long River”, was like a yellow sack with an aura of cinnabar; Borges, calling it the Ti-chiang, described it as bright red. It had six legs and four wings, but no eyes or facial features of any kind, living in a perpetual state of confusion. It was also fond of singing and dancing.

This “state of confusion” led to the association of Dijiang with Hundun, a being of cosmic chaos. The undifferentiated Hundun had no eyes, ears, mouth, or orifices of any sort, and died when his guests tried to drill openings in his body.

Dijiang’s description can be found in the Guideways Through Mountains and Seas, where it is located in the Celestial Mountain along with large quantities of metal and jade. Borges attributes it to the T’ai Kuang Chi.

The four wings and six legs, as well as the lack of apparent head, suggest a magnified insect of some sort.