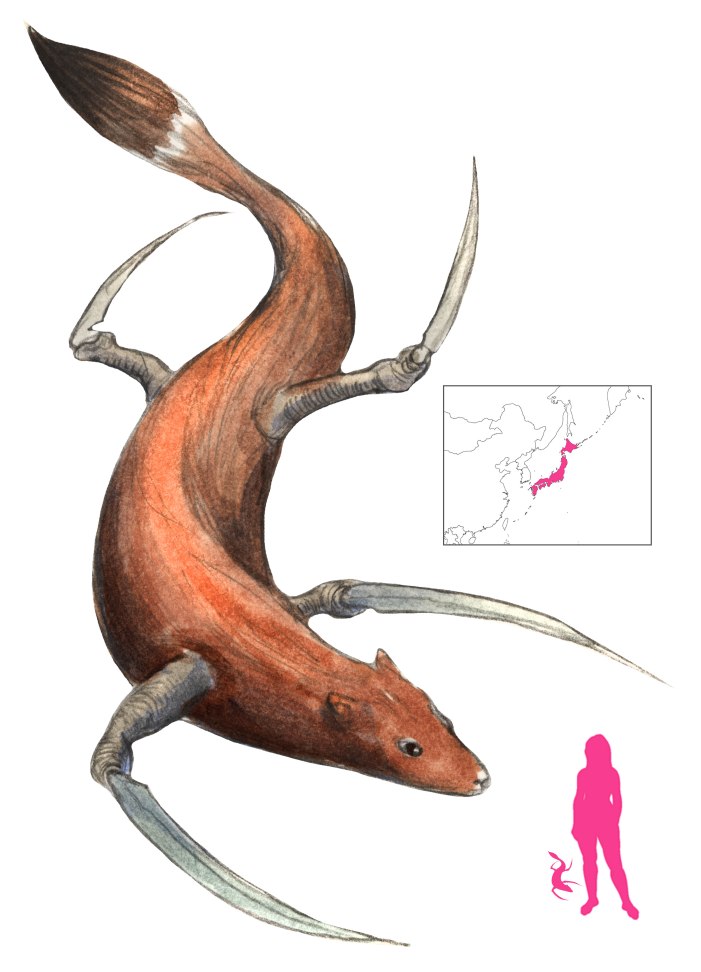 The Kamaitachi, or “sickle weasel”, is the Japanese yokai of unexplained cuts. It is most common in snowy Honshu. The name itself may be alternately derived from kamae-tachi, “poised sword”.

A kamaitachi looks something like a weasel with razor-sharp sickle claws. It travels in whirlwinds, but it is never seen. Instead, the presence of a kamaitachi is known by the cuts it leaves on its victims. It will also cause people to trip and fall, taking malign pleasure in causing injury.

Kamaitachi are useful scapegoats for inconvenient injuries. A woman in Niigata, after injuring herself during a nocturnal tryst, successfully deflected attention by blaming the kamaitachi for her wound.

The kamaitachi was rationalized in a number of ways, including pieces of sharp debris tossed around in whirlwinds. Y. Tanaka suggested that the “kamaitachi disease” was the result of temporary vacuums forming from stray air currents, slicing skin that came in contact with them. Such vacuums would be common in mountainous areas and thunderstorm conditions.

In Gifu the kamaitachi becomes three gods, the first pushing over the victim, with the second cutting with a knife and the third healing the injury.