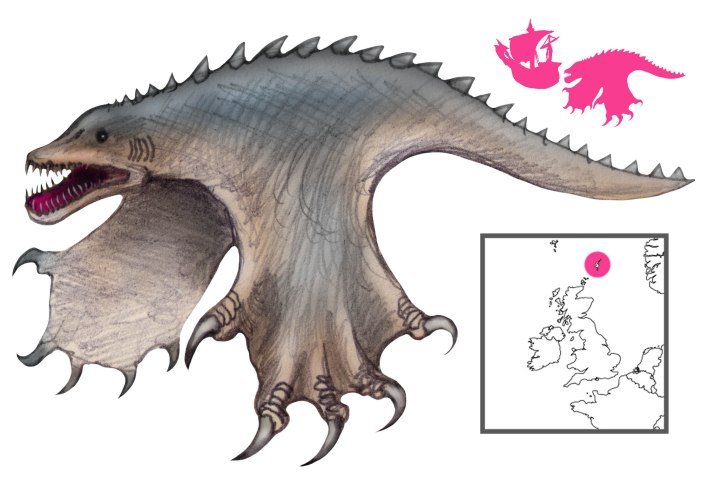 A malicious sea monster from Shetland waters, the Bregdi is feared for its habit of chasing boats. Once it has caught up with a boat, it wraps its long fins around it, putting them up over the gunwales, and dives with the boat in its deadly embrace.

Fortunately a bregdi’s attentions can be deterred in two ways. Like many other supernatural creatures, the bregdi hates the touch of cold steel. A simple skuni (knife) is more than enough to combat it. Slashing the fins as soon as they appear over the gunwales will make it let go and flee. It is also terrified of amber beads, and a single amber bead thrown at a bregdi is enough to scare it off.

Fleming, M. (2002) Not of this World: Creatures of the Supernatural in Scotland. Mercat Press, Edinburgh.