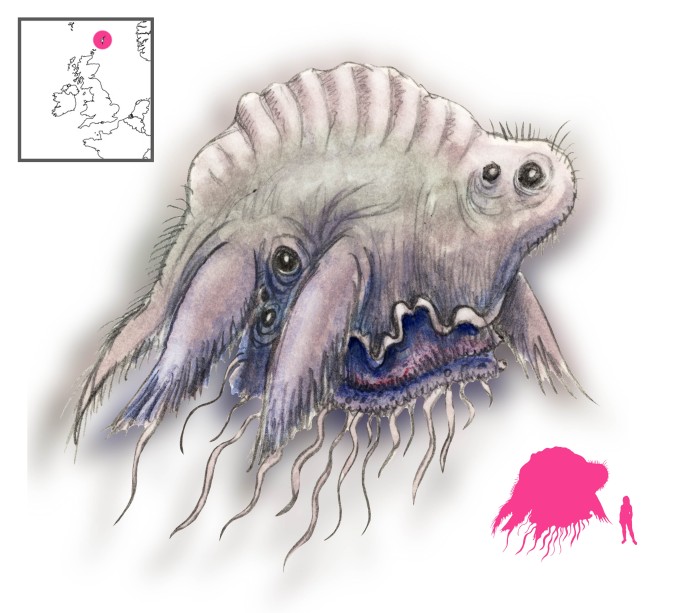 Shetland is home to a number of creatures, some malevolent and some benign, but the most disconcerting of all is the entity known only as It.

Nobody can agree on what It looks like, and It has never appeared in the same form twice. Whether It is a shapeshifter or uses magic to obscure Its true appearance is unknown. Descriptions include a lump of “slub” or jellyfish, a legless animal, a headless human, and a bag of white wool. It could be a large otter or seal, but to those who have seen It, there is no otter or seal that compares. It is legless, but runs faster than any dog; It is wingless, but flies faster than any eagle; It is silent, but people understand what It is saying without hearing a word.

One Shetland house was plagued every Christmas by It. A man living there was alerted to Its presence, Its movement sounding like a mass of dead flesh hitting the floor. The man ran outside armed with an axe and a Bible, and chased It up the cliffs, embedding his axe in Its body while uttering a holy word. It was immobilized before It could dive back into the sea.

When the man called his friends over, they could tell if It was alive or dead, and It looked different to each of them. It was buried in earth and a trench dug around it, but nobody dared check on It. A stranger was brave enough to observe the burial site, but a mist rose, and something emerged from the ground to roll into the ocean. It had escaped.