The year is rapidly drawing to a close, and we’re getting closer and closer to ABC’s big wrap-up announcements of 2017. But I’ve still got some things I want to share. Namely, my primary source for how I’ve been interpreting the illhveli – the Evil Whales of Iceland. That’s right, I’m talking about Jon Gudmundsson’s illustrated Natural History of Iceland. Let’s take a look at the more relevant entries!

Gudmundsson’s raudkembingur has a mane on its nape and a reptilian phizog. Not bad! 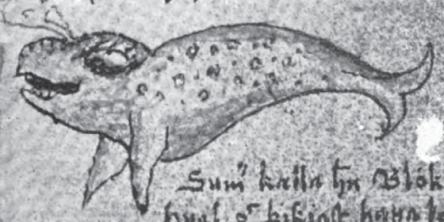 The hrosshvalur is something else. What’s up with that eye? It could also be a killer-whale-esque white marking or something, but a lot of the hrosshvalur’s lore has to do with its eye(s). So it’s an eye, I say. It’s also got a spiffy dappled look to it, which I went with for the final product, but no mane. 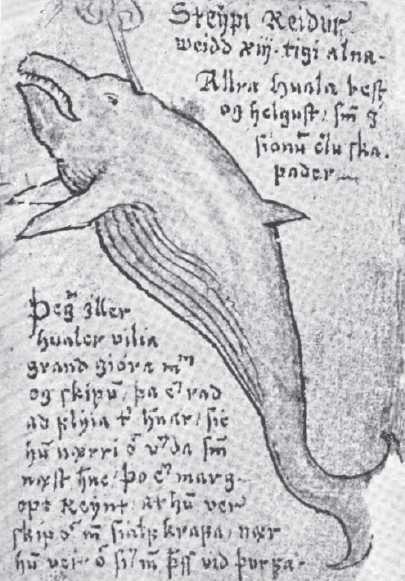 And I wouldn’t dream of posting this without including the hero figure of the whales, the steypireydur or blue whale. Here it is in all its glory. If you plan on writing a fantasy novel and want a Christ/Gandalf/Aslan analogue, be different and use a blue whale.