Who remembers TORG? I do but I never played it. I remember this RPG because one of the primary gamebooks – The Living Land sourcebook – somehow found its way into a second-hand bookstore in my third-world country, so of course I had to go forth and talk about it.

The premise is that Our Earth has been invaded by bad guys from various realities, and they’re forcing their realities on ours. North America has become a lost world of religious dinosaurs. France has become an alternate history version of itself where the Avignon Popes won, developed cyberware, and turned the place into a Catholic cyberpunk dystopia. Egypt is now run by pulp pharaohs and weird science. Southeast Asia has become a new Victorian England populated by Gothic nightmares. California is a cyberdemon-infested hellscape. More than usual. It’s a really cool concept but the only thing I know about it is what I could get from the books. I have no idea how it plays out. If you’re interested the current holders are kickstarting an update.

As well as this kelpie. 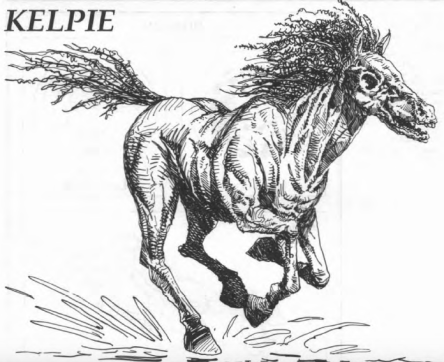 The Living Land was my introduction to TORG, so you can imagine my dismay when I found out it was the least popular setting. But… dinosaurs? TORG came out pre-Jurassic Park so the dinos are all inaccurate lumbering lizards (and unfortunately, the remake has stated “our raptors don’t have feathers either”. Gah!) But it has so much potential! It’s like Stephen King’s The Mist except it’s dinosaurs. And they could easily have advanced biotech instead of nonliving weapons…. but I digress. One of the coolest sapient races of all are the stalengers, which are flying stained glass fuzzy starfishes. Yes.

That’s right, if you hadn’t guessed by now, Tharkold and the Cyberpapacy are the cosms of METAL. \m/ 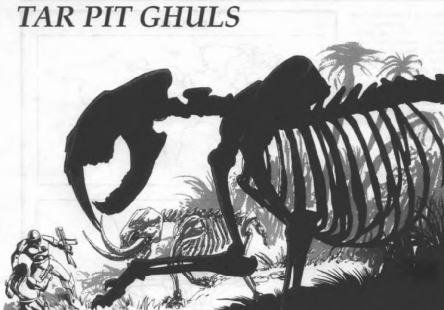 I don’t know about you but one of my life’s goals has been to become a flying disembodied brain with cyber enhancements. I’m glad TORG has made this a reality. I want to be a ziggit. Called Stardust. I can see it happening.

The gamemaster’s paradise is surely Orrorsh, where anything and everything is a disguised Horror ready to kill you. Children’s toys? Medical instruments? Household objects? They’re all Horrors, and they will make you Die Horribly. Have I mentioned how much I love anything OF DOOM? 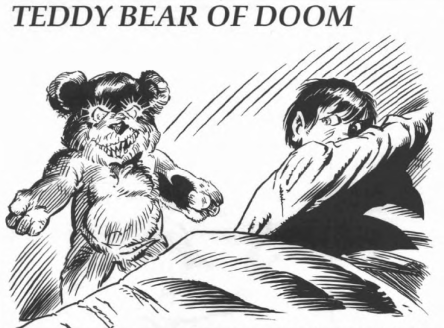 Of course I saved the best for last. This is it. Unironically my favorite of all creatures. Nothing I do will ever compare to this image of perfection. 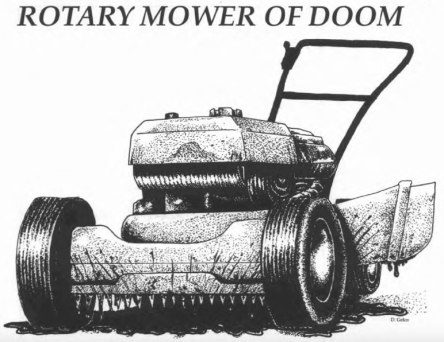 I love everything about this.

What I’m saying is that if you can’t appreciate how wonderful a ROTARY MOWER OF DOOM is then you’re a shriveled joyless husk, thank you and good evening.